Let’s all get off our high horses and give them a rest. It is time to stop whining about Second Life and Linden Lab, and time for a reality check!

Think back to 1999, midnight on the 31st of December to be precise.  As the world held its collective breath what were you doing?  Were you sitting there wondering if the end of the technological world as you knew it was about to descend upon you?  Had you stock piled your pantry?  Or were you just celebrating the end of one century and the beginning of the next?

As the clocks around the world moved into the year 2000 nothing happened, everything carried on as it had been doing.

Philip and Andrew were steadfast in the belief that what they were creating was a complex emergent system driven by an economy and the contributions of a lot of people, just like the Internet but in 3-D and live–you were really there. The other thing was this idea that it ought to be a creative space where people can be entrepreneurial if they want to. 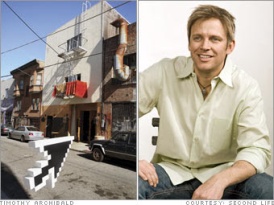 Only it didn’t happen that way and it was a long hard slog for Linden Lab to get Second Life established.  When they couldn’t grow it as quickly as it needed to, they had a round of layoffs. There were 31 of them and 11 of them left. That was in late 2003, at which time they thought they were pretty much dead.

And then LL did one discontinuous thing: They recognized that there was a core of people who were really starting to want to build the content and invest in it and really value it.  And they said, “What you have in Second Life is real and it is yours. It doesn’t belong to us. We have no claim to it. Whatever you do with Second Life is your own intellectual property. You can claim copyright on it. You can make money.”

LL said the same thing about land: “Land is yours to own and resell.”  They had been reading Hernando De Soto’s The Mystery of Capital and Jane Jacobs and all these books about innovation and ownership and why great places are great places. And so they said, “Let’s just make this a real world. Let’s let it have a real economy and let’s make property have real value.” There was a lot of buzz around that. The investors could see this thing starting to go.

At the time Linden Lab built something called the Love Machine. The Love Machine allowed anyone who worked as a Linden employee to send anyone else a brief note that says “Thank you for doing this for me.” There was a webpage where you could go to send an e-mail, and then you got a little e-mail that said “Love From Philip” in the subject and had text in it. You may think, what’s the big deal about that? Well, all of that info went into a database.  Everybody was sending love to each other. It created a positive collaborative environment at LL.

By 2007 Philip and Linden Lab were of the opinion that an enormous amount of intellectual energy would move into this world, and some of what we were doing in the real world would therefore be displaced.   If you can imagine New York City being like a museum. Still an incredibly cool place to go, but with no one working in those towers because work, creative work, where you are engaging with other people face-to-face, will now be done in a virtual world. The idea was to leave cities like San Francisco and move into digital worlds. They believed it would easier to do things there.

Fast forward to 2014.  Change being the only constant in life means that much has changed in the wonderful world of Second Life.

Philip Rosedale said, we as the residents of SL could make money, and yes a handful of residents have made money, Anshe Chung and Stroker Serpentine among them, Frolic Mills built a pseudo SL empire and has sold it, presumably at a profit.  But nothing lasts forever. 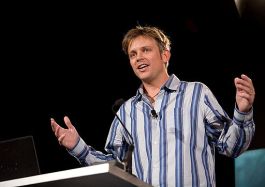 Philip Rosedale is no longer running LL but has moved on and one of the projects he is now involved with is called High Fidelity.  Their web page states “If it doesn’t hurt to think about it, we’re not going to try it.”  The idea behind High Fidelity is  “We’re building a new virtual world enabling rich avatar interactions driven by sensor-equipped hardware, simulated and served by devices (phones, tablets and laptops/desktops) contributed by end-users.”

Do you see where this is going?

High Fidelity are building a coordination system which will enable millions of people to contribute their devices and share them to simulate the virtual world.  If they can successfully build this collective cloud, they think they can enable audience sizes for shared experiences that are orders of magnitude larger than what is possible today.  They state on their web page “Imagine contributing your computer to a project like SETI, but instead having it simulate part of the virtual world, and earning virtual world currency in exchange for helping to power the grid.”

This article was first published in Nu Vibez Magazine – http://nuvibez.avatarpronline.com/