Drama makes the world go round doesn’t it?  Think about it….  There’s a lot to be said for drama in our everyday lives.  Sometimes we even create it ourselves just so that our life has some meaning and purpose, so that we feel alive.

When bad shit is happening to other people we love to hear and talk about it don’t we?  Look at all the reality TV shows that have arrived on TV screens worldwide, that in itself proves that we enjoy drama even if it is vicariously.  It has made inconsequential people rather famous hasn’t it? The granddaughter of a hotel entrepreneur is one and what about those sisters who live to be in the limelight one way or another?  Then there are shows like The Bachelor/Bachelorette – talk about manufactured drama! What about young Master Bieber – creating drama all over the place on his international tour.

On the other hand in SL, there are many who go about sprouting forth that they are “drama free zones” or profess to “hate drama” – I wonder how successful those people are at avoiding drama? I think you will find that they are not and even if they try to avoid getting embroiled in any form of drama, it will inevitably find them one way or another.  That is the nature of SLife and since it is all driven by humans both good and bad, both sane and doolally, it goes without saying that drama will be part and parcel of out virtual world too.

Those that say they are “drama free” zones are generally speaking about relationships in SL and so that is just a cop out, same as those who say they really don’t want to hurt anyone, well let me tell you that, that is an impossibility, someone is always going to get hurt when the other starts saying things like that!  My own personal opinion is that we are all responsible for our feelings and never more so than in SL.  Someone may appear in your life that you instantly fall for and with whom you may think you have an instantaneous connection (this does happen, just not very often) and the other party will lead you to believe the same has happened for them, but you don’t really know that for sure.  They will tell you that although they are not in a “relationship” there is at least one person they are sort of seeing and yet another who has indicated that they really like them.

Throwing caution to the wind you dive in the deep end don’t you, yes you do, silly you.  And what happens,  exactly what you knew deep down in your heart would happen!  The person that they are sort of seeing and who had been off the radar for a bit makes a reappearance – that will teach you won’t it – no it won’t, you will continue this pattern to your own detriment – drama you know ….  The decision was yours to get involved in the first place and having been informed of the potential hurdles, you went ahead anyway.  I know your reasoning was that maybe the attraction between the two of you felt so magnetic that may be you had a chance after all – pfft –  silly, silly you. 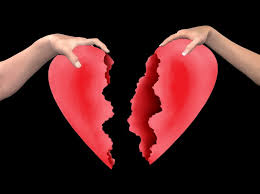 The bottom line is you are responsible for your own feelings; you can’t make the object of your desire feel the same way as you do, that just has to happen on its own and yes it does happen, just not very often.  Remember in fairy tales they said you had to kiss frogs before finding your prince or princess?  SL being the fantasy world that it is means you are going to have to kiss a large number of frogs before finding “the one”, and there will always be someone else trying to take “the one” from you creating drama ….

As for those who “really don’t want to hurt anyone”, sorry for you, you ARE going to hurt someone whether you want to or not, so grow a pair and get on with it. 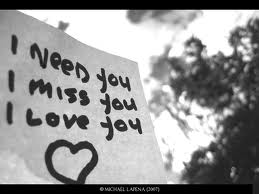 Drama makes the world go around
Does anybody got the problem with that?